Leshi and the Internet business cars could not succeed

Jia Yueting at the annual meeting of China’s corporate leaders to respond to the recent outside of the music as the stock price, supply chain, finance, automotive and many other aspects of the question. During the period, made it clear that will not give up the car. In my opinion, the reflection on the “blind rush” is just a feel good publicity.

As you know, in the most glorious time, we put a BAT on the music became TABL, he was very influential visible. If the music as much as possible to listen to my suggestion, may not go to this step. Because in May of this year, I have repeatedly told these Internet Co, you do not succeed in the car.

Music as the biggest failure is the loss of port ecosystem:
Music, as there are seven ecological, including four categories of Internet banking, Internet and cloud, content, sports, as well as the three port class, mobile phones, television, cars.
He has nearly 80 billion of the cash in hand, because the only thing that can not do research and development is to buy someone else’s business.

With the mobile phone as an example, if you are like HUAWEI, or like Qualcomm can develop standards, not their standards can be successful to build their own chips or made screen, because you have the core competitiveness. These advantages are not all the music, the only thing you can do is the acquisition, after the acquisition began subsidies, this is the music as the mode of capital operation, the capital operation is the most I beg, but the capital operation will not succeed. According to music as their own data released in 2015, as the music market accounted for 0.42% of mobile phones, a loss of up to $400 million in the market in September of this year accounted for 0.97%, a subsidy of $1 billion 300 million.

Music as the TV is really not easy to do. 2016, after the acquisition of music as VIZIO, combined LCD TV shipments reached 14 million 570 thousand units, Samsung, LG27910 million units, Hisense 14 million 350 thousand, TCL1380 million units, ranked. The problem is that TV is burn subsidies, in 2014 the market share is 3%, a loss of 184 million yuan. 2015 accounted for 6% of the market share, a loss of $1 billion 352 million. To 2016 rose to 11%, a loss of $2 billion 97 million. After all the accumulated losses of 3 billion 633 million yuan. According to the prediction of two-dimensional yunwang do, in September this year as the market share is as high as 19%, it is a great achievement to be the.
Music as the original success brought him great profits, he accumulated a lot of wealth through the operation of the capital, these wealth comes mainly from two aspects. The first part is the investor’s money. The second part is the money used in the stock market, such as high cash, the concept of high cash. This year, when the high rise, his high cash billions. Then the equity pledge, placement of the money and then loaded into the concept of ecological subsidiary, through the consolidated statements continue to pull the performance of listed companies, and then pull the stock price and then cash. Then put the loss of the ecological subsidiary of non-listed company to go, this is the standard operation of the capital approach.

This year is expected to invest 17 billion money is already stretched, but they plan to vote again in 2017 41 billion, but I do believe that if the money is not enough to be a car.
Why can’t a car do it because there are four major obstacles to be avoided?.
The first hurdle is the amount of money you can’t imagine. Apple’s cash reserves of $230 billion, the result of the failure of the car announced. As the music voted 4 billion 700 million to cast another 17 billion, but also to vote for more than $41 billion 600 million, the money can be compared to apple?

The third is the technical difficulties of the high you can not imagine, Tesla electric car production in five years, the most critical time also rely on TOYOTA and Mercedes Benz to help him.
Fourth is the complexity of supply chain management you can not imagine. If the daily production of 1000 cars, 30 thousand parts from all over the world must arrive on time, as long as a nut to enter, the car is not installed, you can not sell.

I have told a number of Internet companies in May 23rd, the car can not be successful, we do not try. If you calm down a little, listen to the professor an advice, you will not go to the impasse today. Unfortunately, you blind rush.

The whole empire is because of improper ideas LETV making it into such a dilemma, and into this predicament, investors once see the negative news can not vote you do? So I was very worried about the future, as the 80 billion empire will disappear. Through the music as I once again warned us entrepreneurs, people’s success is not relying on blindfolded crazy 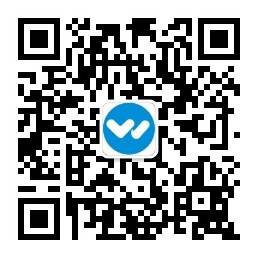